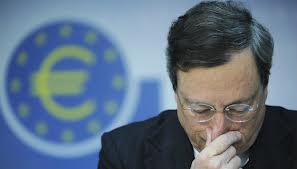 A powerful chain of PMIs was released in the eurozone last week, all beating economists’ expectations and injecting the eurozone with a much needed boost of positivity. The Markit PMI Composite for the eurozone came in at 51.9 as opposed to the anticipated 51.5, the Markit Services PMI for the eurozone was released at 51.6 instead of the expected 50.9, the German Markit Manufacturing PMI at 51.7 versus the predicted 51.5 and the German Markit Services PMI at 52.9 above expectations of a 52.3 release. To top the streak of encouraging news, the eurozone’s Sentix Investor Confidence jumped to 9.3, significantly higher than the forecast 6.0. But just as the euro seemed to spike on the back of this positive news, the ECB’s crucial decision to lower its interest rate to a historical minimum of 0.25% came crashing down on the euro and caused it to plummet from 1.3550 to 1.3310. Though the decision was somewhat anticipated, few predicted that it would be announced as early as November. Economists believe that the decision was made in order to prevent the eurozone from falling into a vicious pit of deflation. This week, the eurozone is anticipating the German Consumer Price Index and Harmonised Index of Consumer Prices on November 12th, the preliminary GDPs of Germany and the eurozone on November 14th and the eurozone Consumer Price Index for October on November 15th. All the mentioned indicators are expected to fare poorly, in which case the euro will be dragged down even more.

The USA was greeted with good news on the 7th of November last week, with the preliminary annualized GDP for Q3 released at the encouraging figure of 2.8%, not only beating expectations of 2.0% but also rising from the previous figure of 2.5%. Initial jobless claims were also encouraging as they dropped from 345K to 336K on November 7th, and non-farm payrolls surprised investors by climbing to 204K for October, way above the 125K which was predicted and above September’s 163K. Though positive, investors received the news with mixed feelings as the unemployment rate for October actually shifted slightly upwards to 7.3% from September’s 7.2%. This week in the USA the most important thing to watch out for is Federal Reserve President Ben Bernanke’s speech on November 14th, which could have a strong impact on the forex market and cause volatility. Another event this week which could have just as substantial an impact as Bernanke’s speech is the Monthly Budget Statement which is due to be released a day earlier, on the 13th.

The UK was immersed in good news for yet another week last week, as the majority of sociopolitical indicators acted in the GBP’s favor, strengthening the currency across the entire week. The Markit Services PMI came out above expectations, climbing to 62.5 from 60.3 and beating forecasts of a drop to 59.8. The Industrial Production in the UK was also released significantly above expectations, reaching an impressive 2.2% as opposed to last month’s 1.5% and the prediction of a 1.8% figure for this month. Another pleasant figure, the Manufacturing Production soared from last month’s 0.2%, hitting the 0.8% mark and coming through in line with expectations. The Bank of England (BoE) has held firm in its decision to keep interest rates at 0.5% and the Asset Purchase Facility at 375B pounds, not intending to take any extra measures for the time being. Investors should be on the watch this week for the Consumer Price Index which is due to be released on November 12th and for labor market statistics on the 13th including the Claimant Count Change and the ILO Unemployment Rate.

Bank of Japan (BoJ) Governor Kuroda’s speech was delivered with confidence and determination on November 5th, where he affirmed that the BoJ was determined and ready to modify its policy if it means reaching the 2% inflation target. He stated that the BoJ would “take appropriate policy adjustments without hesitation if either upside or downside risks materialize”. Furthermore, he admitted that withdrawing stimulus is not entirely out of the question for the BoJ, though if it were to take place it would not likely be any time soon. This week in Japan, the most important news include the Consumer Confidence Index for October, predicted to rise to 46.3 from 45.4 and the annualized GDP for Q3 which is expected to decrease from 3.8% to 1.7%.