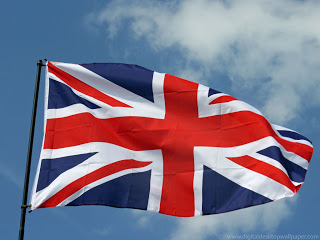 The ISM Manufacturing and Non-Manufacturing PMI’s were juxtaposed last week in the USA, as the former exceeded expectations whilst the latter fell short. The ISM Manufacturing PMI gained momentum for the month of September, reaching 56.2 and beating predictions of a drop to 55. The figure is the highest since April 2011 and is reflective of the pick-up in the housing sector, as growth was recorded in industries such as furniture making and appliances. The ISM Non-Manufacturing PMI on the contrary fell below expectations of 57.4 to a weak 54.4, revealing slow growth in comparison to August’s sky high reading of 58.6. Released on the 2nd of October was the ADP Non-Farm Employment Change which at 166K came through lower than expected, missing forecasts of 180K. Job creation has slowed down the past few months in the US, it is nonetheless still better than it was during 2012. Unemployment claims rose to 308K according to data released on October 3rd, very slightly above the previous week’s 307K and still close to 6 year lows. October 9th this week will be a crucial day in the US economy as the country awaits the FOMC Minutes, Non-Farm Payrolls which are estimated at 179k and the unemployment rate which is forecast at 7.3%.

Growth in the eurozone has been moving in much the same rhythm as usual, with the Core CPI down to 1.0%, unable to cling onto 1.1% for September as economists had expected. Bad news was also announced in the strongest of eurozone nations on October 1st, with German Unemployment Change up to 25K, drastically higher than August’s 9K and a shocking miscalculation next to predictions of -5K. The 2nd of October hosted the ECB Monetary Policy Statement and Press Conference whereby the interest rate was left untouched at 0.5% and no other major decisions were made to shift the direction of policy as it has been so far. This week, the ECB Monthly Report is due to be released on October 10th, detailing the central bank’s outlook for the economy. Furthermore, ECB President Mario Draghi will be giving a speech on the same day at the Economic Club of New York, which investors will be watching closely.

The Bank of Japan (BoJ) released its monthly Monetary Policy Statement on October 4th, revealing plans of going forward with action to increase its monetary base by around 60-70 trillion yen yearly. The BoJ also intends on buying government bonds in order for their outstanding amount to rise by a yearly 50 trillion yen, leaving their average maturity to around seven years. The general outlook of the BoJ about the recovery of the economy is that it will continue to improve, albeit at a gradual pace. On the agenda this week in Japan are the Monetary Policy Meeting Minutes, due to be released on October 9th, followed by a press conference on the 10th where leading economic figure Haruhiko Kuroda will be holding a speech about monetary policy.

Data in the UK has indicated a drop in the Manufacturing PMI, from August’s two year high of 57.1% to 56.7%. Despite the small drop, the manufacturing sector is still one of the healthiest in the UK economy, gradually expanding and creating many job opportunities as it does. The Construction PMI was another strong figure for the UK economy last week, released at 58.9. Economists had hoped for a reading of 59.2, however the actual result was nowhere near disappointing seeing as it still revealed robust activity in the construction sector, spurred on by the rapid house building which has been taking place. The last of the PMI’s to be released last week was the Services PMI, which at 60.3 secured the highest quarterly rise the UK has seen in over 16 years, boosting confidence and proving beyond all doubt that the UK economy is recovering at an impressive rate in comparison to most of its European neighbors. This week the market is anticipating the Asset Purchase Facility at a steady 375B, the Official Bank Rate which is predicted to remain at 0.50% and the MPC Rate Statement, all due on October 10th.