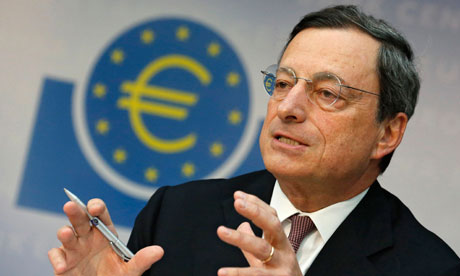 Data in the US got off to a weak start last week, with the Retail Sales figures for September disappointing expectations of a 0.2% rise, having fallen by 0.1%. The poor figure was somewhat vindicated by the fact that sales dropped only in the auto sector, which weighed on the overall percentage for retail sales as a whole. Whilst this is still bad news for the US, other sectors outside the auto sector fared relatively well and core sales rose by 0.4% as expected. Consumer Confidence experienced a drastic fall in October, sliding to 71.2 points; despite the fact that forecasts told of a fall, it was estimated that the drop would be from 79.7 to 75 points. The actual figure marked a 6 month low and revealed that Americans were significantly disconcerted in October due to the 16 day government shutdown. Employment data also suffered last week, with data released on October 31st showing a gain of just 130K in October, the lowest figure since May and lower than the anticipated 151K. Jobless claims are finally beginning to be more accurate again, as the backlog created due to a glitch in systems in California in September is finally starting to clear. Jobless claims declined to 340K, much in line with expectations. The result of the Fed meeting which took place on October 31st was none other than the predicted: the monetary policy was left unchanged and bond buying will remain at $85 billion per month. The Fed expects to see a more substantial improvement in the economy before modifying the pace of bond purchases. The current week will reveal the US Annualized GDP which is to be released on November 7th and predicted to rise by 2.0%, the Personal Consumption Expenditures released on the same day and predicted to rise by 0.8% and the Nonfarm Payrolls for October, due out on November 18th and estimated at 130K.

Trouble seems to have arrived in the eurozone’s ace of spades, Germany, with the unemployment change released at 2K for October, double the estimated 1K, making for a total of 2.97 million of the population unemployed. This is the third consecutive month that the German unemployment rate has increased and it clearly spells out a slowdown in the eurozone’s strongest economy. Further dampening spirits was the eurozone Core Inflation which hit a four year low of 0.7% in October, dropping from September’s 1.1% and remaining substantially below the ECB’s 2% target. The Core CPI for the eurozone also declined in October, rising by just 0.8% in comparison to September’s 1%. The euro suffered following the announcement of the negative chain of news last week, trading at 1.3676. On November 7th, the ECB will announce its interest rate decision which is largely expected to stay unchanged, but will also at the same time likely attempt to deliver the message that it will not hesitate to take action to alleviate monetary conditions. The eurozone is far from safe when it comes to financial difficulties and if ECB President Mario Draghi allows his concern to show during the ECB Press Conference on the 7th, the euro is likely to plunge again.

On the British front, last week seems to have ended on a high, with more and more mortgage approvals adding up to make for a 5 year high of 66,735, indicating a strong economic recovery through the housing sector. The end of the month came with the release of the Gfk Consumer Confidence for September which has continued in its gradual improvement, up to -8 points following on from August’s 5 year high of -10. Nationwide housing prices also skyrocketed according to data released on October 31st, rising by 5.8% and marking a 3 year high whilst acting as a central factor in boosting the UK’s economic recovery. The most important releases to look out for this week in the UK include the GDP Estimate on November 6th, the Asset Purchase Facility on November 7th which is predicted to stay at £375B and the Bank of England Interest Rate Decision which is expected to remain the same. Estimates foretell that the interest rate is not likely to be raised until 2015 because despite the fact that the UK economy is progressing so rapidly, the unemployment rate is still not at the level desired by the Bank of England.

Japanese households surprised the economy pleasantly according to the September figures released by the Statistics Bureau on October 28th, household spending increasing by 3.7% after declining by 1.6% in August and soaring above expectations of a mere 0.5% rise. Good news followed for the rest of the week, industrial production in Japan also rising by 1.5% and the national unemployment rate declining to 4%, exactly in line with expectations. The Nomura/ JMMA manufacturing PMI climbed to 54.2 for the month of October, indicating positive movement in the Japanese manufacturing sector. As for the Bank of Japan interest rate, it has remained unchanged at 0.1% as attempts to end the long years of deflation continue. This week, on Tuesday November 5th, the Bank of Japan Monetary Meeting Minutes will be released with comments due to on the state of the economy and the current policies.

What to Watch this Week:
EURUSD had a hard week and as a result we saw the pair experience a fall of almost 300 pips. EURUSD faith remains in the hands of the ECB interest rate announcement on the 7th. If the rate is lowered, the euro will likely suffer and we can anticipate a possible further downfall in EURUSD.