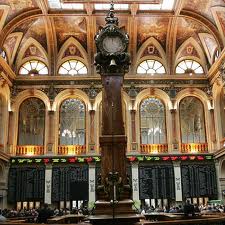 US seals fiscal deal whilst stability begins to surface in Europe

Figures released on Tuesday, October 15th in the eurozone indicated that Germany is showing signs of revival and debt issues in Southern Europe are finally reaching a patch of stability. The ZEW Economic Sentiment Survey for Germany was released at 52.8 in October, up from September’s 49.6 and higher than expectations which didn’t see it moving further up from last month’s levels. The ZEW Economic Sentiment Survey for the eurozone was also pleasing as it rose to 59.1 from 58.6 in September, but the positive news was not enough to give the EUR/USD adequate support and the pair dropped from 1.3543 to 1.3479 before stabilizing at 1.3490.

Wednesday October 16th saw the release of more data from the eurozone including the Core CPI which was in line with expectations at 1.0%; though neutral and expected, the news boosted the EUR/USD ever so slightly to 1.3535. But the real jolt upwards for the euro took place the following day when pair soared to 1.3684 as the deadline approached for US politicians to make decisions in regards to the budget crisis.

Defining the market outlook in the eurozone this week will be the Consumer Confidence for October, forecast at -14.5 on October 23rd and a number of economic indicators in Germany such as the Markit Manufacturing PMI, estimated at 51.6 and the Markit Services PMI which is predicted to rise to 54.0. If the actual data released meets the high estimations, it may open the road for the EUR/USD to reach as high as 1.3800. If however the data is insufficient and fails to give the euro the strength it needs, the pair may correct to 1.3400.

A last minute consensus reached by US politicians on October 17th saved the US from a default on its debt however was not enough to fuel the US dollar, the greenback catapulting to 97.63 against the JPY and 0.90138 against the CHF. The stock market reacted very positively to the fiscal deal and stocks are predicted to keep rising for the remainder of the year, but there is still uncertainty over the extent to which this deal has actually helped solve the fiscal problems of the US. Other factors weighed on the US dollar last week such as Initial Jobless Claims which were released at 358K, missing estimates of a drop to 335K. The Philadelphia Fed Manufacturing Survey also fell to 19.8 from 23 in September, but although disappointing it was better than the 15 drop which was predicted. The most important news this week in the US are the Non-farm Payrolls out on October 22nd which are forecast to rise to 180K, the Unemployment Rate which is expected to remain unchanged at 7.3% and the Durable Goods Orders on October 25th which are expected to rise to 1.1%.

The United Kingdom’s GBP was supported last week by positive changes all round, with the CPI released on October 15th above expectations at 2.7% and the Retail Sales released on October 17th rising to 2.2%. Both figures are an indication of improvement in the UK economy and the GBP has reacted in a positive movement, rising as high as 1.6224 last week. The most anticipated fundamental news in the market this week are the Bank of England (BoE) Minutes and MPC Vote due on October 23rd which are set to reveal what tendencies are dominant amongst the UK’s monetary policy decision makers. Furthermore, BoE Governor Carney’s speech will take place on October 24th and the country’s GDP for Q3 will be announced, expected to rise to 1.5%. If the outcome of all the expected data is positive, the GBP is expected to rise to as high as 1.6260 or even 1.6400.

October 18th revealed that foreign investment in Japanese stocks has increased to ¥143.6B from ¥-27.0B due to the positive capital inflow the country has been experiencing. In combination with weak industrial production data, this kept the JPY weak against all major currencies except the US dollar which was weak during the course of last week due to the anxiety surrounding the last minute fiscal deal. The USD/JPY closed the week at 97.72 while the EUR/JPY rose to 133.72 and the GBP/JPY closed the week at 157.96. Japan this week anticipates the release of the Merchandise Trade Balance Total predicted at ¥-920.0B, the All Industry Activity Index expected at 0.4% and most importantly the National Consumer Price Index which is expected to stay at 0.9%.