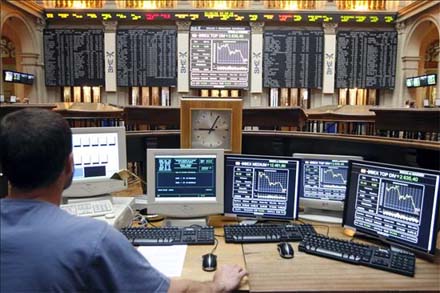 Market Update: US and eurozone exhibit pool of mixed data

The US proclaimed mixed economic news during the course of last week, some areas of the economy showing an onward and upward move and some lagging slightly behind. According to data released on Tuesday, September 24th, the Consumer Confidence for September fell to 79.7 from August’s figure of 81.8, revealing that US consumers are not entirely confident about the progress of the economy and still have some doubts and reservations. The release of Durable Goods Orders followed on the 25th, with a minute yet encouraging increase of 0.1%, backed by growing vehicle orders. The particular figure came under scrutiny by economists however because it excluded transportation, which constitutes a big part of durable goods orders and which in fact declined by 0.1%. On the stronger side of events, the annualized GDP came in at 2.5%, a significant increase from the previous 1.1% and much in line with expectations of a 2.6% rise. Initial jobless claims further dropped from 310K to 305K, far better than the predicted 325K and a boost to the US dollar.  Pending Home Sales for August also proved positive for the dollar, with a 5.8% rise. This week, the market is anticipating the ISM Manufacturing PMI on Tuesday, October 1st, which is expected to rise slightly to 55.8. Thursday October 3rd holds in store Fed Reserve Bernanke’s speech, which could potentially cause major volatility in the market, and Friday the 4th will reveal the month’s most influential data, including Non-farm Payrolls which are estimated at 179K and the September Unemployment Rate which is expected to remain at 7.3%.

The German federal election last Sunday was perhaps the highlight of the month in the eurozone, with Angela Merkel being re-elected with a dynamic 42% of the public behind her. Responsibility thus remains in Chancellor Merkel’s hands to strike coalitions with strategic allies in order to keep investor faith alight in the eurozone. On Friday the 25th of September, the Harmonized Index of Consumer Prices for September was released, unchanged from August and in line with expectations at 1.6%.  The Consumer Price Index for September disappointed, up by only 1.4% which was short of expectations of a 1.5% rise. The remainder of the data released in the eurozone was very mixed, with the Markit Manufacturing PMI and the Consumer Confidence disappointing at 51.1 and -14.9 respectively, but the Markit PMI Composite and the Economic Sentiment Indicator both above expectations at 52.1 and 96.9 respectively. ECB President Mario Draghi spoke to the public twice during the last week, the main point delivered in both his speeches being that the European economy is showing a slow recovery. The most important fundamental news from the Eurozone this week are the ECB interest rate decision and the ECB Monetary Policy statement and press conference on Wednesday, October 2nd.

Data in the UK last week consisted of a better than expected Gfk Consumer Confidence, which hit a 6 year high by rising to -10; 3 points higher than the previous month and the highest figure since November 2007. The CBI Distributive Trades Survey – Realized also grew unexpectedly in September despite forecasts of a downward move, rising to 34 from 27. On the downside, the annual GDP growth disappointed expectations of 1.5%, with a revised outcome of 1.3% for Q2, sowing the seed of doubt about whether the UK economy will continue at the pace of recovery it has enjoyed so far. This week the UK is expecting the PMI Construction on October 2nd, with a small increase to 60.1 anticipated.

The biggest news to come out of Japan for the week that passed were the news on the Overall Consumer Price Index, which rose 0.9% in comparison to the 0.7% recorded in July, and the Core Consumer Price Index, which rose to 0.8% from the previous year. Both these figures were a positive indicator for the JPY because a higher CPI signifies higher inflation, which in this case is positive for a heavily reliant on exports Japan. The end of this week will see the Bank of Japan interest rate decided, with no expectations for any drastic change seeing as the 0.1% rate is beneficial for the Japanese monetary policy which aims to keep the JPY weak to boost exports.

What to watch out for this week:

USD/JPY: currently the pair is in a big resistance level at 97.50 and if it breaks below we may see a clear downward pressure to 97. If however it fails to break above, we may see a potential upside to 98.30 which is the next immediate support level.